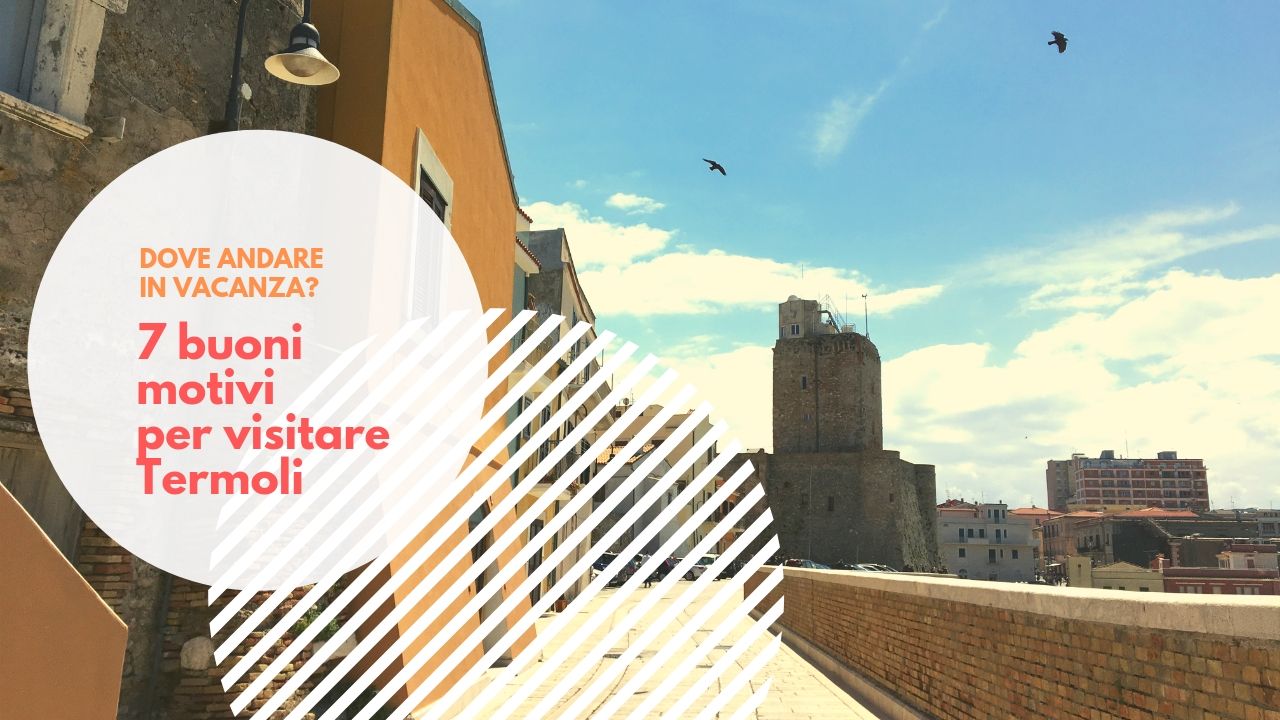 Where to go on vacation? 7 good reasons to visit Termoli

Have you not yet chosen the destination for your holidays and are you looking for suggestions? If you love the sea, good food, art and you are looking for a quiet location suitable for families and children, Termoli is for you. We explain why, giving you 7 good reasons to come here on vacation. What to see in Termoli

1 - The ancient village of Termoli: a wonder that deserves to be visited 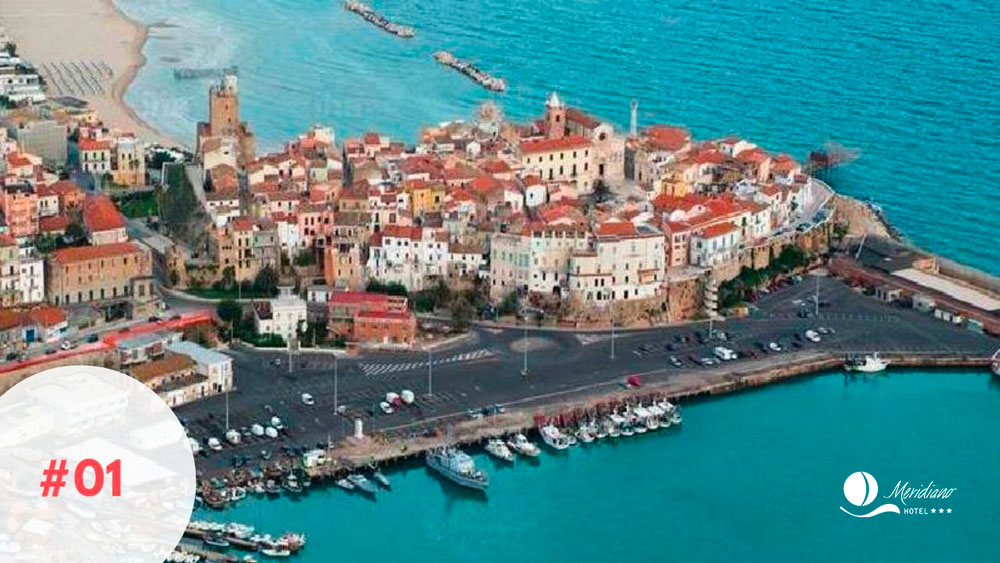 The ancient village is certainly the most fascinating part of the entire town, with its breathtaking views and its unmistakable scent of the sea. The natives know it as the "Paese Vecchio" and is considered an almost obligatory stop by the inhabitants of neighboring countries and neighboring regions, who populate the city on the weekend, especially in spring and summer. Its origins date back to the Middle Ages, when Termoli was a small fishing village, from the borders that corresponded precisely with the current historic center. It looks like a promontory overlooking the sea, surrounded by the ancient city walls that served to protect the city from foreign incursions from the sea. This characteristic led Corriere della Sera to crown the Adriatic town as one of the most beautiful villages in Italy.

2 - The Svevian Castle, which dominates the city and is admired from afar 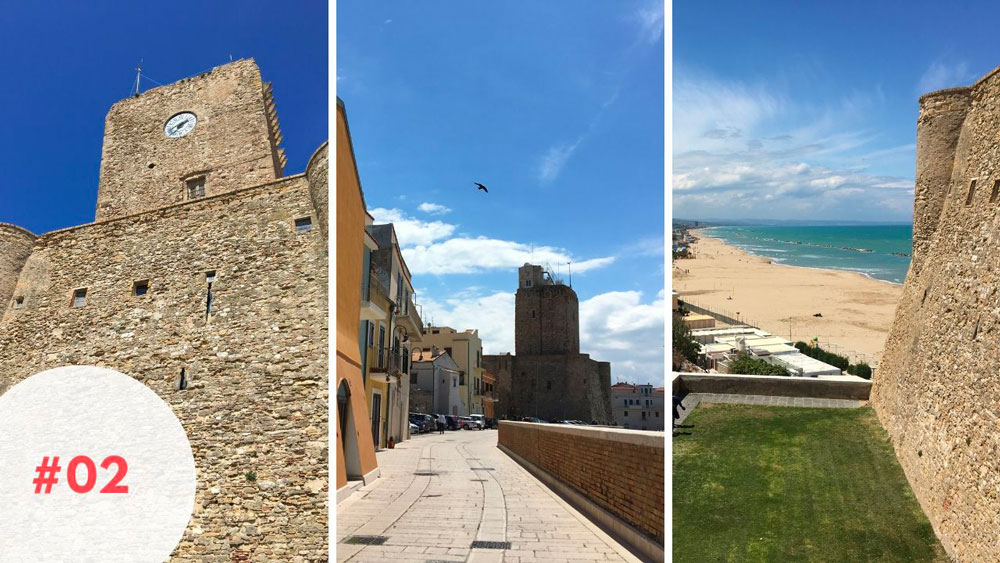 The Castle is the symbol of the city and is the first thing you see when you arrive in Termoli from the north. Its architectural features suggest that it was built in the Norman era. Following an attack by the Venetian fleet, the Castle suffered several damages and was restored and fortified by Frederick II of Svevia, hence the Svevian nane. It overlooks the entire village and was the centerpiece of the city's defensive system, along with the walls that surrounded the entire city and the crenellated turrets. In fact, it is believed that the Castle itself was only the largest in a series of watchtowers that surrounded the seaside village. Currently we can only admire another one, which has remained intact, at the southern entrance of the ancient village. The others, at least two, have been lost over the centuries. Currently on the top of the Svevian Castle there is the air force weather station, while the old "dungeons" often act as locations for art exhibitions and are open to visits by tourists and onlookers. The Castle is also one of the most sought after settings for civil weddings.

3 - The Cathedral, half Gothic, half Roman 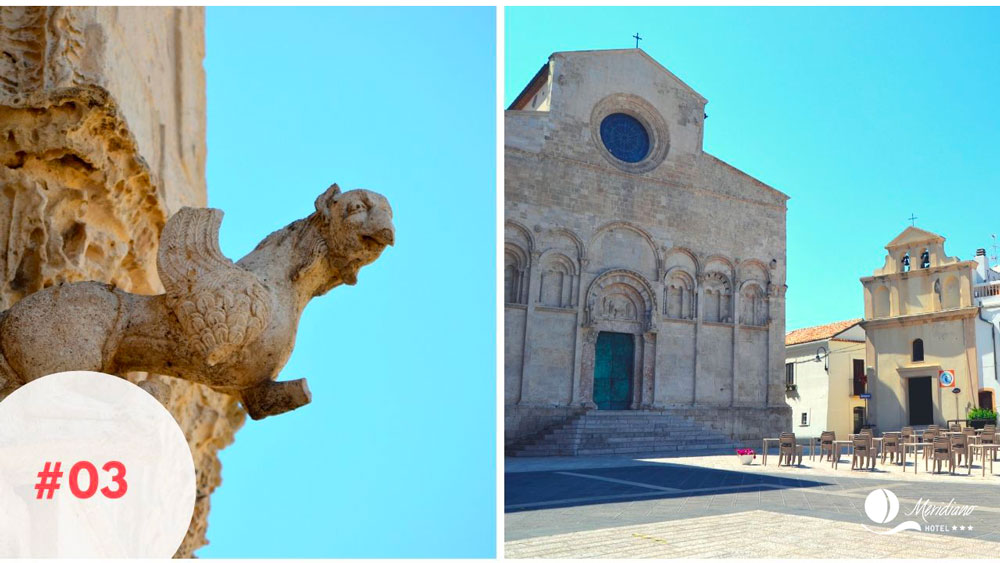 In the heart of the ancient village, at the highest point of the city, the Cathedral was erected, presumably between the twelfth and thirteenth centuries. A building of rare beauty, which opens onto a square much loved by the people of Termoli and those who come from outside. The Cathedral of Termoli underwent some changes following the earthquake of 1464, which are found in the different architectural style of the facade: the lower part has preserved the original Apulian Romanesque style, the upper part is in Gothic style. A feature that makes it unique and that enchants lovers of sacred art. Inside there are the remains of the patron saint of the city, San Basso. Only recently, between the basement of the church and the adjacent Episcopio, has the new entrance to the Hypogeum been inaugurated, which houses historical finds and leads, through a suggestive route, to the cemeterial area of the Basilica-Cathedral.

4 - The narrowest alley in Italy is in Termoli 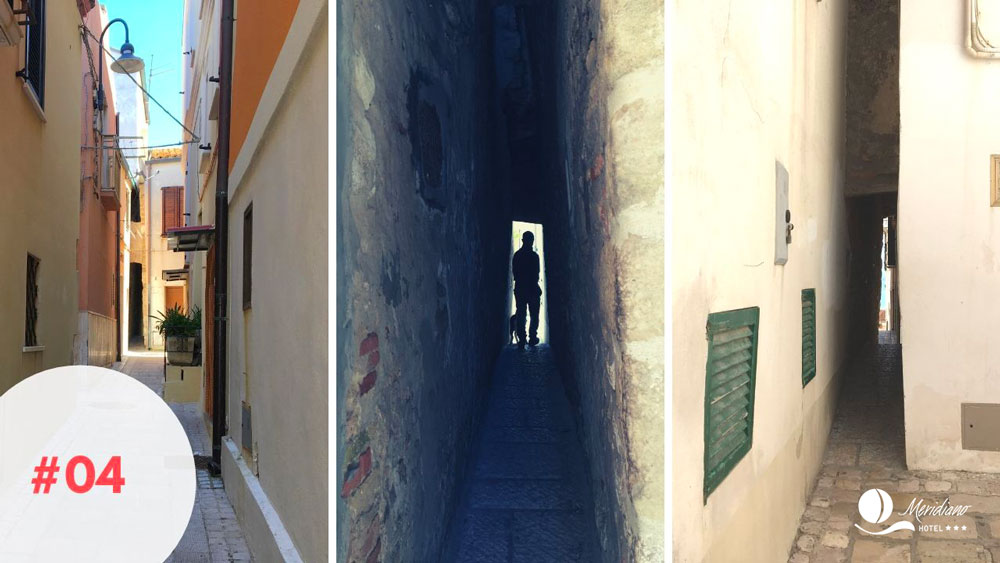 "Rejecelle" is its name in Termolese. It is the narrowest alley in Italy, but some claim it is the narrowest in Europe. It is hidden among the narrow streets of the historic center, in an area accessible only to pedestrians. It is a narrow road created as a tunnel between two houses and at its narrowest point, think, only 34 cm! 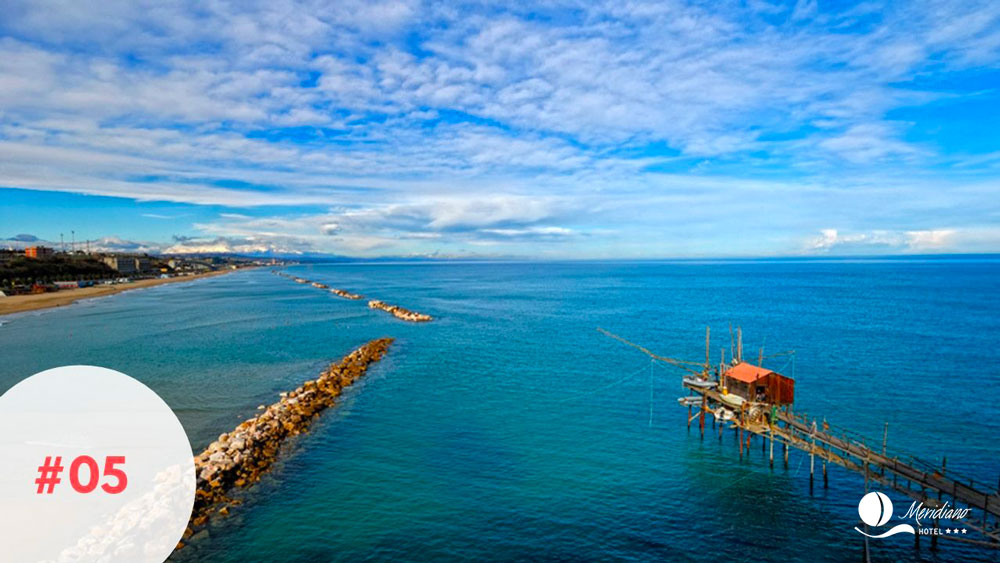 Ancient construction used by fishermen, the trabucco looks like a wooden stilt house, connected to the mainland through a walkway. The two wooden arms that extend over the water hold a rectangular net that is lowered into the water through a winch. Curiosity: do not call it "trabocco" in the presence of a person from Termoli, because this would open a long dissertation between Molise and Abruzzo. In fact, it is not possible to establish who invented this particular wooden structure, still used today for fishing. We certainly know that, in addition to Termoli, you can admire the trabucchi (or trabocchi) along the Adriatic coast, from Abruzzo to Puglia.

6 - The fine sandy beaches and the crystal clear sea 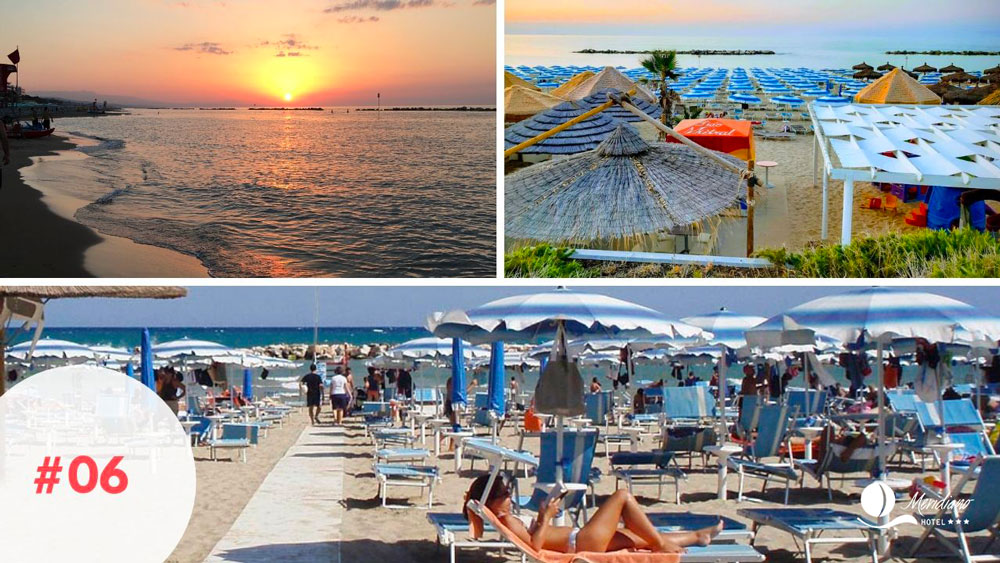 At the foot of the Castle there is a green area with a balcony overlooking the sea. From here it is possible to enjoy splendid views and admire wonderful sunsets. For this reason, Beledere of the photographers has been renamed. The souvenir photo of a holiday in Termoli, can only be taken here, with the North promenade and its crystal clear waters behind it! With clear skies, in the absence of mist, from here you can admire the Majella. Looking out from here, we are sure that you will be tempted to take a walk on the beach immediately. We have a beach made of fine sand, crystal clear water and a shallow seabed. Characteristics that make Termoli the perfect seaside destination for families with children. 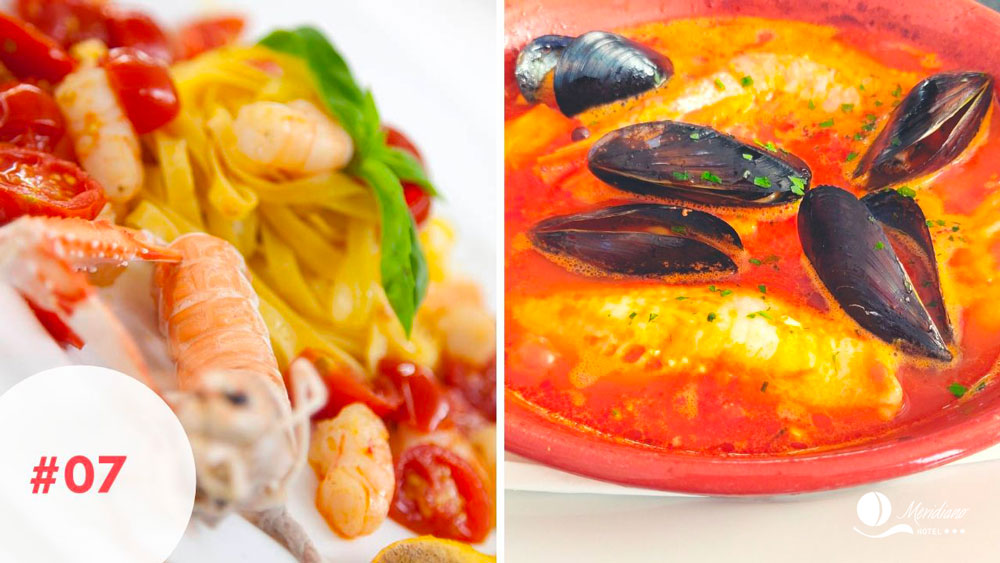 Like all seaside villages, the typical Termolese dishes are based on fish. We celebrate brodetto, a fish soup that recalls Genoese caciucco, while retaining a unique taste. Termoli is a destination also known by lovers of good food and is populated by small restaurants that offer breathtaking views. Seeing is believing. 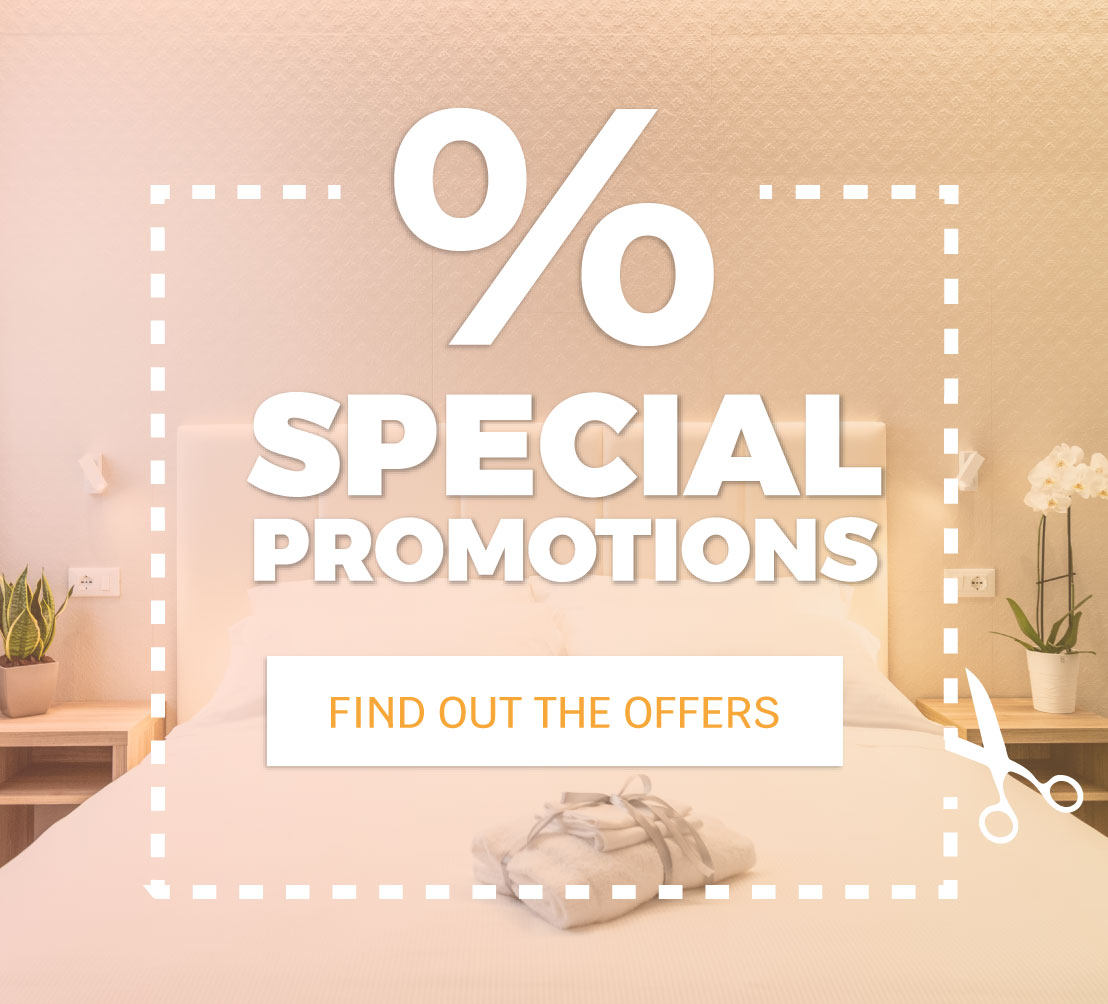 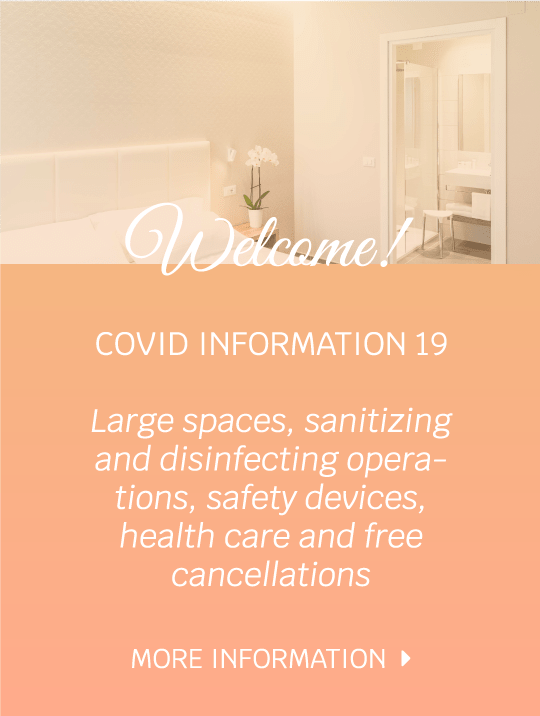